Describe the album as a whole

AQVA, despite not being a real concept album with a story articulating itself throughout the tracks, touches its various topics through the various forms in which water manifests, be it a river, a storm or tears.

It deals with rather introspective matters, trying to give a new perspective on situations that we think our listeners will find relatable and hoping that they will maybe take shelter in our songs, using them as their own voice when only music can speak for us.

Describe each song track by track

At Candle Light: it’s a song about finding shelter in someone, not as a perfect saviour but as a true companion, while treading a dark road in an unknown and strange place, all of this with the aid of the little light that we’re often allowed to have during our life.

Departure Song: as stated in the title, this piece is a hymn to a rightful departure, the ability to just choose to leave when we find ourself uncomfortable with our predicament, willing to accept that we could end up in pain, just elsewhere, but at least with the consciousness of knowing that at least it’s only us who can choose what pain to endure.

The Dove and the Serpent: perhaps one of the more metaphorical songs on the album. It deals with the concept of a dove trusting a serpent while love seemingly blooms between the two. The individual symbolised by the snake uses the other to find comfort, only to abandon and “spit venom” at the dove the moment it is them needing said comfort.

The Angel in the Lighthouse: it is about the hopeless obsession of mankind to compare itself with stars, feeling too small or too powerless in its humanity. However, as stars guided sailors in ancient times, so did lighthouses, completely man-made and humane. Therefore, men should not try to be like stars, wasting time after an impossible task, but accept to be like lighthouses and face the stormy nights of life and fear, casting a light for other, lost people. 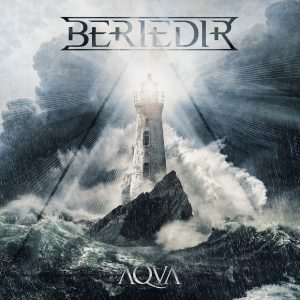 The Drowned: it’s a song about the duality of suffering. While it’s true that there will always be someone in a greater pain that ours, we should never forget our right to grieve and cry for our own disgraces. The chosen metaphor for this is a drowning man, rightfully letting himself fall in the abyss, joining a court of grieving people, but aware that demanding to be the king of that court would be foolish.

Stormbound: undoubtedly the most epic-oriented track of the album, its lyrics are based around the legend of the Sarneghera, a local story of Lake Iseo about the origin of the tremendous storm carrying that name. A noble lady is saved from drowning by an angler and the two fall in love, but her father, not allowing that relationship, gets him thrown in the lake. She jumps in the water after him, and it’s said that the storm is caused by the souls of the two lovers seeking for each other at the bottom of the lake.

Arkangelos: this track is meant to make the listener picture a tower in the middle of the sea, possibly an old lighthouse, upon which a storm descends from the sky, painting almost a Lovecraftian scenario filled with sea monsters and locusts that should represent a state of oppression in one’s life. The light at the top of the tower bears the flame of a new-found resolution, that dissolves the embrace of the oppressing darkness. Therefore, despite the bleak scenario, this could be considered one of the most hopeful songs on the album.

Rain: under a faint rain, in an early morning through an old city, this track makes us face the effects of regret, guilt and nostalgia. Despite seemingly hostile, the suffocating roads of that place turn into an unlikely embrace, while the now pouring rain hides our tears. Anger suddenly adds to the mix, directed both outwards and inwards, while everything fades into a downpour after a hymn to that city.

Moonlight Requiem: the last song of AQVA is about the acceptance of loss. It goes through the sensations felt in the night of a loved one’s death. The pale glow of the neon lights of a hospital, the cold seemingly sharper than ever and the pulsating sounds of medical machinery accompany a lonesome journey through the corridors and the courtyard of that place, where the narrator longs for fragments of the departed and then gradually accepts to slowly learn to deal with their absence. This track is Stefano’s most personal one, and ends with a music box melody that he composed many years ago for a lost loved one.