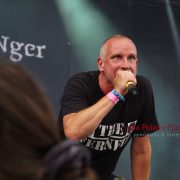 CLAWFINGER performed on October 10th in the Schlachthof Wiesbaden and played a sensational gig. Before that Lydia and Michael from Metalogy.de chatted with the extremely nice singer ZAK TELL. Zak spoke about his inspirations, idols, his future plans, his FRANK ZAPPA tattoo, his problems in North America and much more. Read the fourth and last part of the interview series here.

END_OF_DOCUMENT_TOKEN_TO_BE_REPLACED 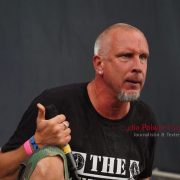 The crossover / rap metal institution CLAWFINGER took the Schlachthof Wiesbaden by storm with a best-of program on October 10th. Before that, singer ZAK TELL Lydia and Michael from the Metalogy.de team answered a lot of questions. Among other things, he gave us an insight into his private life and reported about his preferences, fears, his family and much more. Read the third part of the four-part interview series here.

END_OF_DOCUMENT_TOKEN_TO_BE_REPLACED 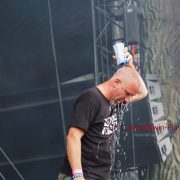 The crossover / rap metal legend CLAWFINGER conquered the Wiesbaden slaughterhouse on October 10 with a best-of program. Before the concert, Lydia and Michael from the Metalogy.de team talked to singer ZAK TELL. The second part of the four-part interview is about the new CLAWFINGER song, the message in the songs, and the metal scene in general. Read here the second part of the English version of the interview Series with Zak Tell.

END_OF_DOCUMENT_TOKEN_TO_BE_REPLACED 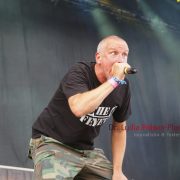 The crossover / rap metal institution CLAWFINGER took the Schlachthof Wiesbaden by storm with a best of program on October 10th. Before the gig, the very sweet singer and frontman ZAK TELL answered questions from Lydia and Michael from the Metalogy.de team and told, among other things, about the importance of the CLAWFINGER successful album “Deaf Dumb Blind”, the messages in the lyrics, his job and the tour. Read part 1 of the English version of the four-part interview series here.

Lords of Black – Alchemy of Souls