Karen: Once again, congratulations on having another brilliant album from Avatarium. What does the title, Hurricanes and Halos mean?

Jennie-Ann: It is the title of our last track of the album, which can represent the whole sound of Hurricanes and Halos. It is an instrumental track which sounds rough and dynamic, but still refreshing. This track compounds the sounds we would like to express in this album. That is why we have chosen the track‚ Hurricanes and Halos’ not to mention it is absolutely representative of what we have written.

Karen: After winning an “Up And Coming” award from Metal Hammer for your latest album, and getting good reputation from several leading European magazines, what has happened since 2015? 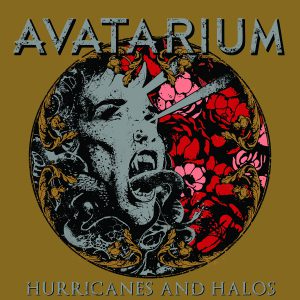 Jennie-Ann: First of all, an organist Carl Westholm joined us before we started working on this album. In that way we can be more creative when it comes to sound making and song arrangement. And I think Avatarium has been grown much more as a ‚band’ since then. Everyone of us contributed a lot to arrangement and songwriting. We have superb lineup with (member introduction) … Lief Edling has written 6 tracks on the album, Marcus and I have written 2 tracks. So I’m sure that we have taken steps further into more progress. As we are continuously enlarge our musical scale in progress.

Karen: What is the biggest difference when you recorded this time compare to the past?

Jennie-Ann: We have matured both as a band and as an individual musician together. Although I can only speak about my experience what I have gone through. I took a new step both as a singer and a songwriter. Being a part of whole sound creation for Avatarium is a big deal. To make it happen, I had to go through a tough period of time with anxiety while trying to find a way. After those period, I have come to the point that being myself is the most important to do, to become better. I tried to focus on who I am, to express my true self. Listening to critics and advice from people were helping as well.

Karen: I know that the new album is already being reviewed as 10/10 at few magazines. How do you feel about it?

Jennie-Ann: I am very happy. We all enjoyed recording this album a lot. It’s great that listeners can enjoy when they listen to it as much as we recorded it. I am willing to develop myself further in terms of music and I would like to be ready for whatever comes next.

Karen: Are there any songs on “Hurricanes and Halos” that were particularly important to you? 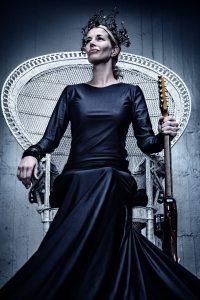 Jennie-Ann: It is a really difficult question to answer because all of songs are precious and very different from each other. I enjoy singing ‚into the fire’ a lot. ‚When breath turns to air’ by marcus and me turned out great as well. Those two tracks would be good reference to those who like to check out our album for the first time.

Karen: As a band, Avatarium makes music with very genuine sounds which has a style that is completely your own. How would you describe the music of Avatarium to those uninitiated?

Jennie-Ann: You can find Swedish folk melody in heavy guitar riffs and dynamic song structure. We sing to express contrast between light and shadow extended from the contrast between life and death. I think this album is a bit brighter and hopeful than our previous ones because shows that there’s always hope. Some songs were recorded live together with bass, drum, rhythm guitars and my vocals. To deliver vibrating and raw energy to the listeners.

Jennie-Ann: We are already overwhelmed having these great interviews and well reviewed articles on magazines. It proves that people seem to like our music. You can imagine how I’m happy with that. What I dream of is, that we can have a tour as a headliner someday. If it comes true then we can show whatever we’d like to in the best way, without concerning too much of limited time and resource.

Karen: And finally, what, aside from the release of the album, are you most looking forward to in 2017?

Jennie-Ann: As I mentioned, I am very focused on music right now and I am looking forward to our European tour in September. And a Festival in Helsinki, upcoming summer. I miss sunshine because of long winter and short spring in dark Sweden. I just wish to be healthy so that I can perform the best on stages. I am excited to meet German fans as well!